Antonio Dias de Figueiredo is emeritus professor of Information Systems at the Faculty of Science and Technology of the University of Coimbra, Portugal, and an independent consultant and researcher on IT in Learning & Education and on the Social Ecologies of Education, Innovation and IT. His research interests also include Research Methods, Science and Technology Studies, and the Epistemology of Engineering and Design.

From 1984 to 2007, he was a Full Professor at the Faculty of Science and Technology of the University of Coimbra, where he created, in 1992, the research Center for Informatics and Systems (CISUC) and, in 1994, the Department of Informatics Engineering. He co-founded in 1992 Instituto Pedro Nunes (IPN), a prominent industry-university interface and enterprise-incubation institute. Part of his research and diffusion of innovation takes place in collaboration with CISUC and IPN.

He was Vice-President for Western Europe of the Intergovernmental Informatics Program of UNESCO, Paris, between 1994 and 1996. He integrated for four years the NATO Special Program Panel on Advanced Educational Technology of the NATO Science Committee, Brussels. He has participated in various European projects, both as a partner and as a science advisor, and acted on various occasions as a consultant to the European Commission in matters regarding the definition of strategies for Information and Communication Technologies in Education. He has collaborated with OECD on various instances in initiatives regarding Information and Communication Technologies in Education. He was the Chairman of PROMETEUS (PROmoting Multimedia access to Education and Training in EUropean Society), a memorandum of understanding promoted by the European Commission, between 2000 and 2001. In 2004, he was the chair of the Context & Learning special interest group of the European network of excellence Kaleidoscope.

He was the proponent, in 1985, of the MINERVA Project, the Portuguese national computers in schools program, which he coordinated during its pilot three years. He was the chair of the Accreditation Committee for Informatics Engineering of the Portuguese Engineers Association, in 1999/2000 and 2004/2005. He chaired the Evaluation Committee for Informatics Engineering and Computer Science of the Foundation of Portuguese Universities, and chaired R&D panels for the evaluation of projects submitted to the Portuguese Innovation Agency.

He has been awarded a Honoris Causa by the Portuguese Open University, and the Sigillum Magnum by the University of Bologna, Italy. He also received the title of Information Society Personality of the Year 2005, awarded by APDSI, Oracle Portugal, and Sun Portugal.

He has lectured extensively at both national and international events. He is the author of over two hundred papers presented at national and international conferences. He has contributed with chapters to several books, and co-authored the book Managing Learning in Virtual Settings: the Role of Context (2006). He co-authored, with one of his research students, US Patent 7319998, Method and System for Supporting Symbolic Serendipity. He is a member of the editorial board of the International Journal of e-Collaboration and of the Portuguese and Brazilian Management Journal. 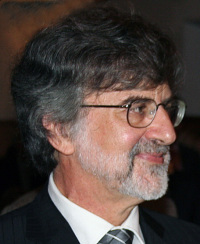 My main hobbies are amateur photography, motorcycle cruising and blue water sailing. I hold Yatchmaster degrees for coastal and offshore navigation, a formal guarantee to 'navigate without limits'... 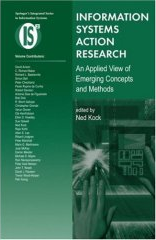 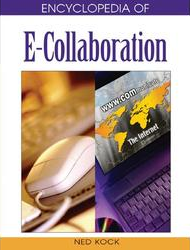